Interested in my professional history? Then you, friend, are in the right place. I'm always looking for new friends and exciting new opportunities.--Khalid Abuhakmeh

My name is Khalid Abuhakmeh (@buhakmeh) and I’ve been a professional software developer for 16+ years, and a working manager for the last 6 years. Over those years I’ve helped different organizations gather requirements, design, plan, and implement solutions to level up their business. My passion lies in building collaborative cultures where we can focus on solving problems and achieving our best selves. I love working with small to medium teams with talented individuals who understand their combined talents can make something bigger than themselves. I prefer to work with organizations that believe they can do anything, but still be grounded and understand they can’t do everything (right now).

See some of my recent work at GitHub or let’s chat on Twitter.

Working on developer advocacy for JetBrains, focusing on products like JetBrains Rider and the .NET Ecosystem.

I managed a team of software developers and quality assurance professionals to deliver a high-quality experience to our business users and national agent base. In my tenure, I had a critical role in building a vision that manifested as “The Platform”. Additionally, I helped design an API infrastructure that allowed the team to increase the delivery of business value. Some other achievements during my tenure include but are not limited to:

There is a lot more I helped execute, but like all things in life, teamwork makes the dream work.

As a Sr. software developer at the local company, I have implemented solutions using the latest in .NET OSS technologies to help mobilize the sales staff, give editorial tools to staff writers, and process incoming news feeds from across the country. Technologies used were .NET 4.5, ASP.NET MVC 4/5, RavenDB, and SQL Server 2012.

A groceries based startup designed to ease the lives of its customers with a valuable and convenient service. Developed using ASP.Net MVC 3 and Linq2Sql. Since consulting, I have personally completed 1000+ enhancements with an emphasis on increasing sales. My contribution has helped lead the company to a 30% increase in revenue over the last 3 months.

A telephony service aimed at matching expertise with individuals. As the sole developer, I utilized ASP.Net MVC 3 with Entity Framework to create a multi-tenanted site. The site currently hosts two front-ends, but is capable of scal ing to hundreds of customized storefronts.

Developed a loan origination system based on web services and third-party integration with credit bureaus like TransUnion, Equifax, and Experian.

Taking in the sites and building memories

My wife, Nicole and I, are world travelers and dream of seeing the world through the window of a camper van.

We are living in the future!

I am highly interested in 3D printing and the maker space in general. My greatest achievement to date was fixing the internal mechanism of a coffee grinder by measuring, modeling, and printing prototypes.

How can I help?

Hoarding knowledge is no fun. I love learning and discovering what other folks are doing. Blogging allows me to share my perspective and help others in the process.

I love imagining what’s possible and experimenting in the open. I also write packages the software development community uses like ConsoleTables.

Nice Things Folks Say About Me 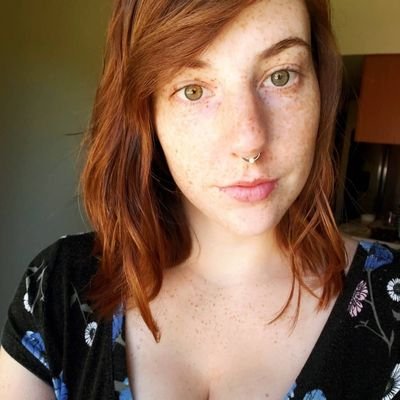 I want to thank you for everything that you have done for me and my career. I feel lucky every day that I ended up at Ritter and with this team for my first developer job. I never in my wildest dreams would have imagined being at the point I am in my career now after a wild career change and I think it is largely due to the support of the folks here, and especially you and Kevin H.Thank you for supporting me and guiding me.

Khalid is a wonderful person. He is considerate, conscientious, and brilliant. He is the best boss I've ever had. He also happens to be an extremely competent programmer and software architect. If I owned a company Khalid would be the first person I'd attempt to hire.

Khalid has brought tremendous improvements, consolidation, and effectiveness to our Ritter platform. We would not be where we are with our technology without his efforts and leadership.

I love hearing from folks. Send me an email of your thoughts and I'll reply as soon as I can. Also be sure to follow me on Twitter: @buhakmeh.